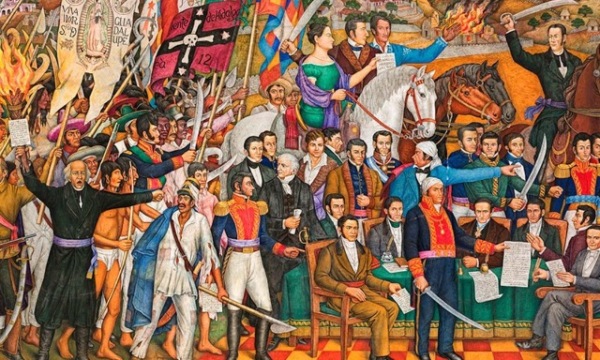 The altarpiece of the Independence of Mexico ("El Retablo de la Independencia de México"), is a fresco on a wall by Juan O'Gorman, painted from the year 1960 to 1961. "What has characterized the Latin American state is not its concentration of power, but the very dilution of power." - Miguel Angel Centeno (2002, Loc.... END_OF_DOCUMENT_TOKEN_TO_BE_REPLACED

"Asking who won a given war, someone has said, is like asking who won the San Francisco earthquake. That in war there is no victory but only varying degrees of defeat is a proposition that has gained increasing acceptance in the twentieth century." -Man, the State, and War, 1959. Kenneth Neal Waltz ( June 8, 1924... END_OF_DOCUMENT_TOKEN_TO_BE_REPLACED